Living and working side by side with robots, as described by science fiction author Isaac Asimov in his stories back in the 1940s, has become more and more of a reality today. The Hyundai Robot YL012 has been developed to directly operate in collaboration with human workers. It fascinates with a slim and organic shape, which has also reduced the robot’s weight to a minimum. Thanks to its optimised structure, the pneumatic lines as well as electrical and communication wires could all be installed inside the robot’s arm joints for an overall clean and smooth appearance without right angles. Boasting these innovative construction features and a remarkable work radius of 130 cm, this collaborative robot can work alongside with and close to workers without problems even in small spaces, with safety risks such as crush and collision injuries reduced significantly. The ergonomically shaped handgrip and easy-to-operate switch arrangement allows workers to interact with the robot in a quick, convenient and direct way and teach it how to work. For intuitive observation of the robot’s condition from all surroundings, the YL012 has been equipped with LED flash lamps. Offering excellent mechanical performance, this industrial robot offers a payload of up to 12 kg. In addition, various in-put-output ports for end effectors facilitate easy and immediate application of different tools to the system. 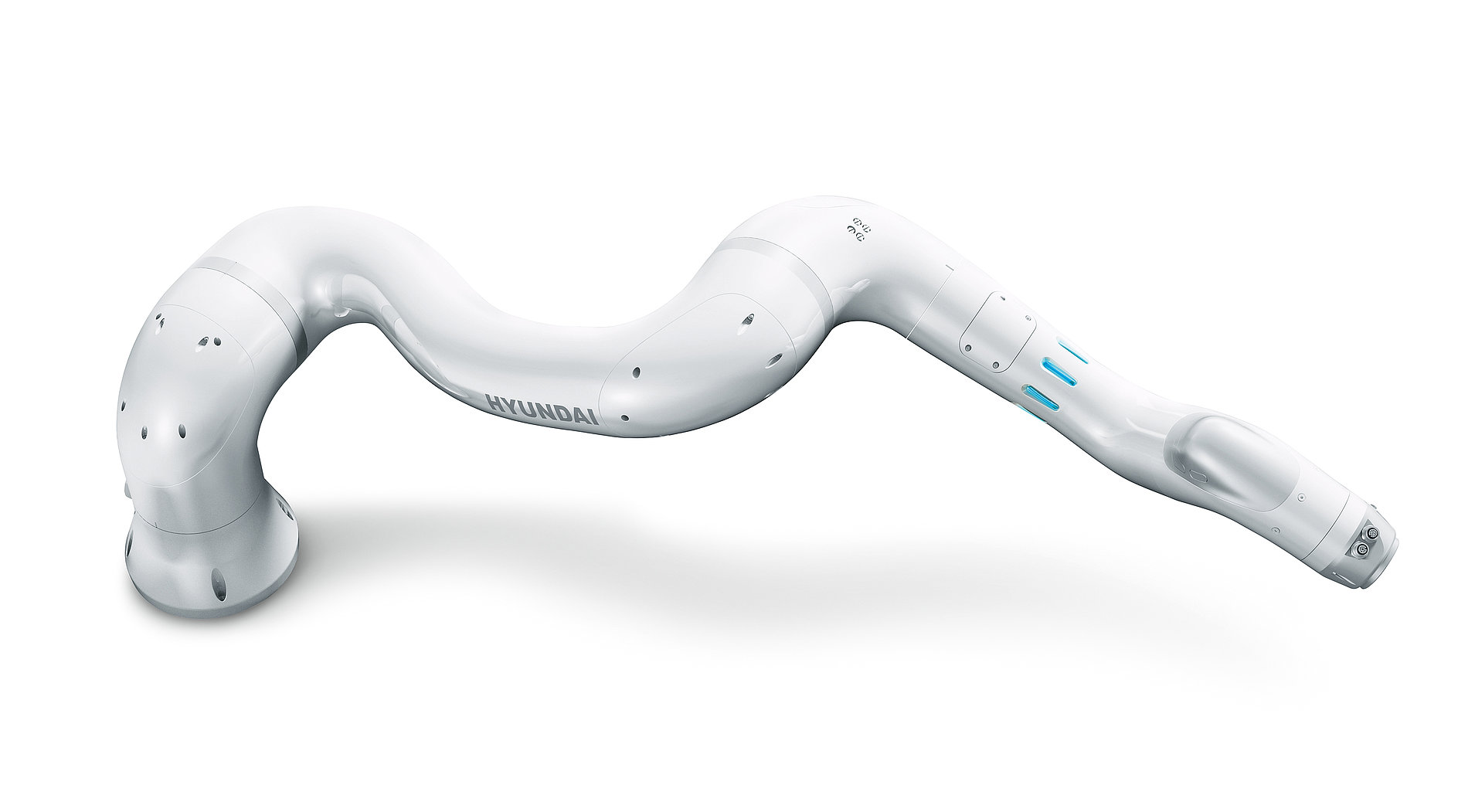 The design of the Hyundai Robot YL012 succeeds in its perfect integration of all elements. This collaborative robot showcases a fluid use of forms that lends it an open, friendly appearance. Facilitating a new approach towards human-robot interaction, it assures a high degree of workers’ safety. Highly flexible in application, the robot offers an optimised work radius and a high payload. Its clear structure ­promotes intuitive operation.